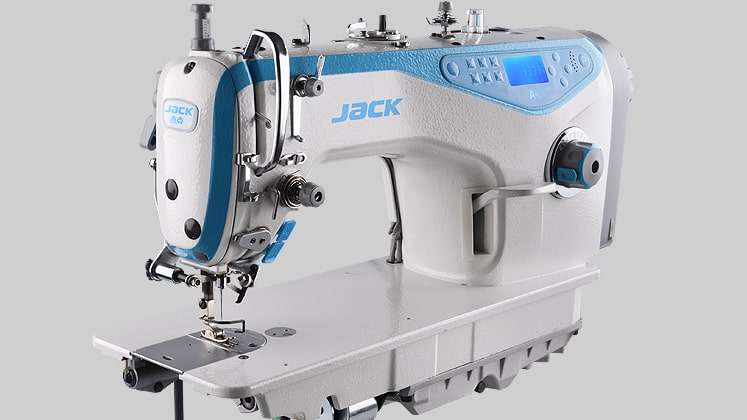 Chinese sewing technology provider Jack has been raising many eyebrows due to its unprecedented growth in less than two decades since its inception in early 2000s. Considering ‘stability + sewing performance + leading technology’ combination is its mantra, Jack has tapped a larger share in the sewing industry worldwide and as a result, it is now reportedly the largest sewing machine supplier in the world in volume terms.

The growth can be attributed to Jack’s continuous efforts towards innovating its technology according to the global trends and its customers’ requirements which have existence in all across the world. Notably, Jack has plethora of products in its basket right from lockstitch machines, interlock machines to overlock machines, while it has also acquired the reputed European companies such as Bullmer (cutting technology), MAICA (Shirt automation) and Vibemac (Jeans automation) which make the complete portfolio of the Chinese brand even more trustworthy and interesting.

The present article talks about the evolution of its famous A series of its lockstitch machines, a series which gradually evolved from the company’s first lockstitch machine named F4, and over the years, has reached to A6F model passing 5 generations successfully.

A2: A2 is a direct drive automatic lockstitch machine, the very first product of Jack’s famous A series of its lockstitch machines. The main USP of this machine is its automatic thread trimming function, which greatly saves trimming time while sewing a garment product. Generally, in a normal SNLS machine with clutch motor, the operator uses scissors, picks it up, cuts the thread, puts it back and this process takes at least 2 seconds to complete. However, A2 machine completes this thread trimming process in just 0.1 seconds and claims to improve trimming efficiency to from minimum 37% to 100%. This further reduces cost and increases work efficiency on a sewing station.

Case Study: If a production line at shop floor produces 800 garments per day and each piece takes 2 times thread cut (minimum) then all the garments will need thread trimming 1,600 times which equals to 3,200 seconds or 53.33 minutes. Given that A2 is trimming thread in just 0.1 seconds, installing this machine will get the job done in just 5.33 minutes collectively in a day for complete line. This indicates at least 48 minutes can be saved in a day which is a huge saving for an exporter in today’s cost-competitive era.

A3: This is the upgraded version of A2 machine and is characterized as a computerized lockstitch sewing machine, with automatic functions such as automatic trimming and fully programmable function with knee lifter. The machine is suitable to sew both light and heavy fabric garments. A3 machine, although not a special material machine for heavy duty, but still perform considerably well on a products like jeans. The machine does not skip thread even if there is side seam of heavy thickness in a jean. As far as light fabrics are concerned, A3 eliminates the wrinkle issue on these delicate fabrics during sewing operation with high speed, great puncture force, light torque, low failure rate, and less maintenance.

A4: For intelligent solutions, internal voice communication is the most important part to make it easy for the operator to understand how to operate the machines. This is what the first speaking machine in the world A4, an upgraded version, obtains with its voice feature. The incorporated voice sensors can sense any of the minor breakdowns and alert the operator about technical glitch. This way, the downtime can be reduced and production can be improved. Right now, the machine comes installed with 8 languages.

Another significant patented feature in this machine is its presser foot sensor. When sewing operation is about to start, the presser foot lifts automatically within a second and no involvement of operator is required for the same. Now, the question is what are the advantages of this function? Firstly, it improves the efficiency as compared to the lifting operation done by human intervention. Secondly, some old machines in some factories, the presser foot is lifted by knee of the operator which, over a certain period of time, causes knee pain. So, engineered design keeping ergonomics standard and efficiency on top of priority, A4 provides a great solutions to operators.

The A4 model has 2 variants; A4S-W and A4S-WN. While A4S-W comes studded with an added feature such as sealing oil pan, A4S-WN is installed with a patented bird nest prevention device. The bird nest prevention device leaves no jumbled up threads under the backside of the fabric during initial sewing, which can reduce the tail cut process, and make the stitches beautiful.

A5: A5 SNLS machine is termed as the ‘First thread cleanness’ computerized machine in the world which has a number of patented features such as digital alert system for oil shortage and oil level, bird nest prevention system, auto thread trimming, machine head oil free system, 3 mm end sewing thread trail and coaxial driving unit. The machine is also a conglomerate of auto bobbin winder, multi presser foot, suction device and electronic thread tension release system. A5 has working space of 300 mm which makes the operation easier for the operator.

The coaxial driving mechanism reduces the vibration generated from driving force. The coaxial shaft replaces the conventional two-axle joint mechanism which keeps the sewing stable throughout the operation. Further, A5, with the function of short thread tail, makes the thread tail within 3 mm after trimming, thus reducing the thread tail cut process, saving time and labour cost. Significantly, the stitches won’t disperse even the thread tail is only 3 mm (maximum) because of the condense stitch function. Jack achieves this much perfection as A5 uses double knife for trimming operation.

The other features include needle and feed dog synchronized feeding with double knife movement and ending condense stitch design. Markedly, A6F model has 300 mm operational length of the bed that makes stitching even easier for operators. This machine comes equipped with auto bobbin winder, hand wheel with cooling fan and auto presser foot lifter which make the machine an advanced one.