It’s official! Apparel sourcing from China is down as says US import data of H1 ’21 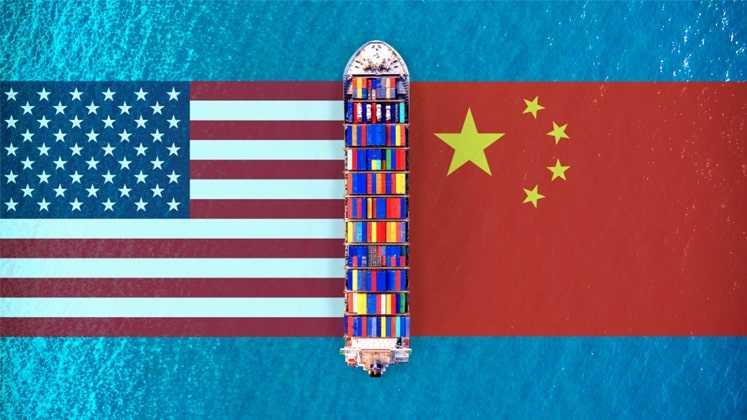 Although the country upped its imports as compared to H1 ’20, the actual fluctuation in sourcing can be adjudged only by comparing the data with H1 ’19 period – pre-COVID time. Upon analysing, Apparel Resources found that USA’s volume-wise apparel import in H1 ’21 is the same as it was in H1 ’19, though values have been declined on a two-year comparison.

The two-year comparison and the negligible shrink in the volume-wise imports indicate that US buyers are still sourcing garment products from world over in bulk quantities. On the other hand, the decline in values says the unit prices are getting tighter – particularly for basic commodities, which will increase competition for manufacturing destinations more in the coming months!

Upon further analysing, what was found is a steep decline in unit prices of imported apparels by the USA. In H1 ’21, UVR (Unit Value Realisation) was US $ 2.64 per SME, down significantly from US $ 2.88 in H1 ’20 and US $ 2.99 in H1 ’19. These declining unit prices are an indication of stiff competition that apparel exporters are facing as time passes by in COVID-19 era.

China remains at top of the tally with US $ 7.31 billion worth of apparel shipment to USA in H1 ’21, accommodating 20.68 per cent of total apparel import value of USA, which is marginally down from H1 ’20 when China’s share was 20.70 per cent. What’s noteworthy is a whopping decline from H1 ’19 period when its share in the overall US apparel imports was 28.29 per cent and that means the country’s exports to USA have shrunk by 7.61 per cent in 2 years. At the time when USA increased sourcing in 2021 on Y-o-Y basis and remained almost similar in volume-terms on 2-year basis, China’s tumbling share clearly indicates other manufacturing destinations have successfully grabbed opportunity as sourcing is moving away from the Asian manufacturing giant.

Pakistan has been raising the bar in its apparel exports for some time now and rightly so as the country’s exports to USA valued US $ 970.35 million (up 66.09 per cent Y-o-Y) in H1 ’21. Markedly, Pakistan has crossed the level of pre-COVID time this year with significant margin and upped by 37.20 per cent on 2-year basis, as analysed by Apparel Resources.

India surpassed Indonesia to move one rank up in the tally

Though India couldn’t beat pre-COVID shipment values, what’s noteworthy is that it has surpassed Indonesia to become 4th top apparel exporter to USA. India has also increased its export share from 5.55 per cent in H1 ’20 and 5.65 per cent in H1 ’19 to 5.75 per cent in H1 ’21. India clocked US $ 2.03 billion worth of garment exports to USA in the first half of 2021, while Indonesia could hit just US $ 1.87 billion export revenues from the US market.

The regaining export momentum of India in 2021 is not because of no reason! The restrictions in India couldn’t severely affect export factories unlike last year when pandemic-inspired lockdowns wreaked havoc across industries and supply chains, while Indonesia is still grappling with challenges such as labour migration, factory closures and rising production costs.

Value-wise Apparel Exports to USA from Top 10 Countries: (Values in US $ million)